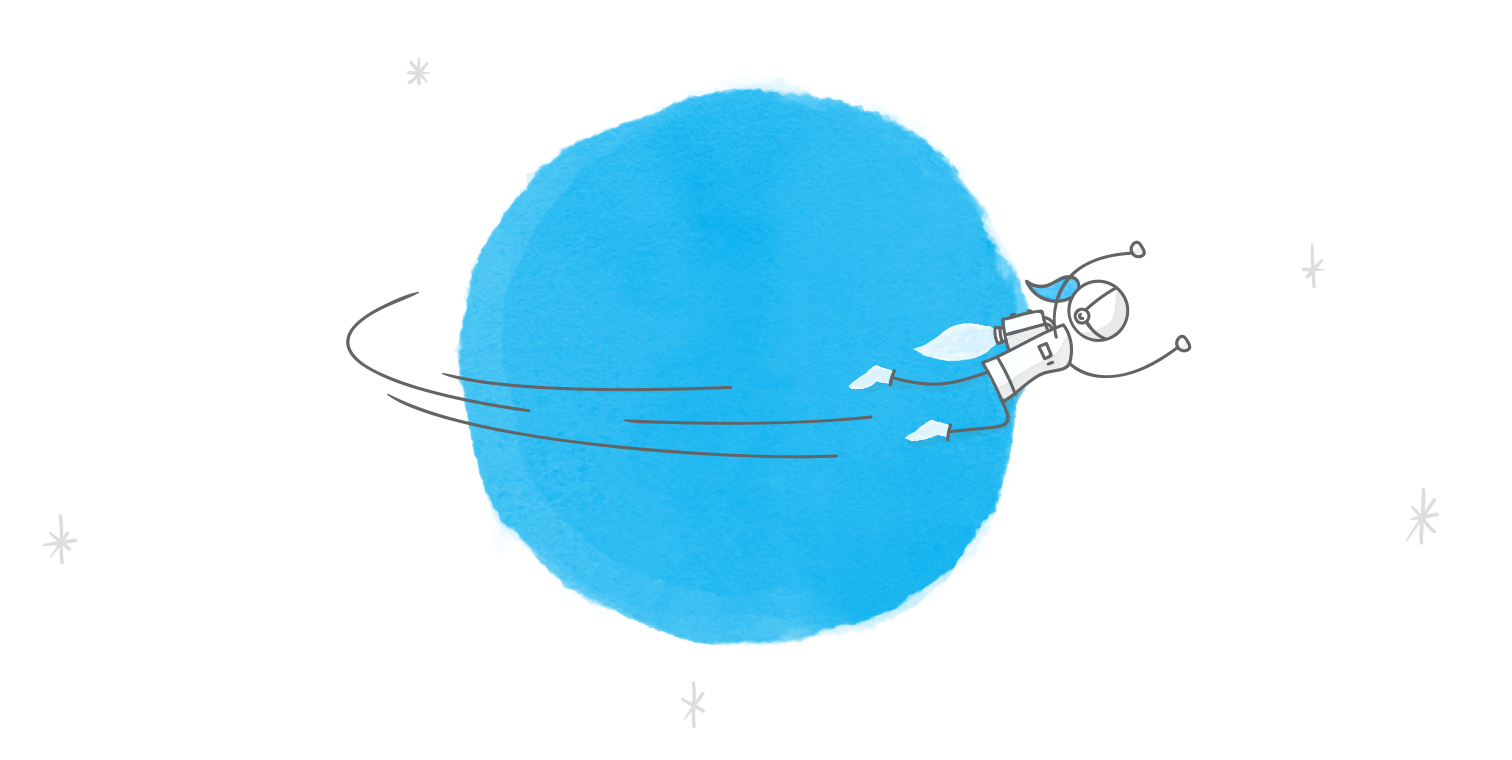 With the 360° images feature in Storyline 360, you’ve got some cool and powerful ways to build your own immersive interactions. But before you jump in and start getting creative, you’ll need to find 360° image assets. Not sure where or how to get your hands on 360° images? Don’t worry, we’ve got you covered! In this article, we’ll take a closer look at how to find and create your own 360° images for your Storyline 360 projects.

Although 360° images—sometimes referred to as panoramas or photo spheres—are gaining popularity, they can still be hard to find. If you’re just looking to see what’s possible with 360° images, or if you want to create an example project to add to your portfolio, then using 360° images you find online can be a great option.

First things first, you might be thinking: are 360° images available in Content Library 360? As of right now, there aren’t any supported 360° images available in Content Library 360. If you need 360° images, stock photo sites are still your best bet; however, they can be expensive. Another option is to search online for free 360° images or use other related search terms. Some websites, such as Pixexid, offer free panoramic images you can instantly download and use in your Storyline 360 projects. Whatever 360° images you find, just make sure you check the copyright and attribution requirements before adding them to your projects.

One important thing to note is that there isn’t a surefire way to determine what is or isn’t a 360° image since there isn’t a file format specific to 360° images. And, while it’s possible for image creators to tag an image as “panoramic” so it stands out in search results, helpful tags aren’t always applied. For these reasons, there is no easy way to filter between regular images and 360° images, since the file format will read as .JPG, .PNG, etc.—and keyword searching for 360° images may not find you many results either. So what can you look for?

Good news! There are some distinct visual differences between regular images and 360° images. Here are three clues to help you determine which photos are 360° images.

1. The image is distorted

The most obvious way to tell if an image is a 360° image is if the flat version of the 360° image looks distorted. For example, look at this image below. 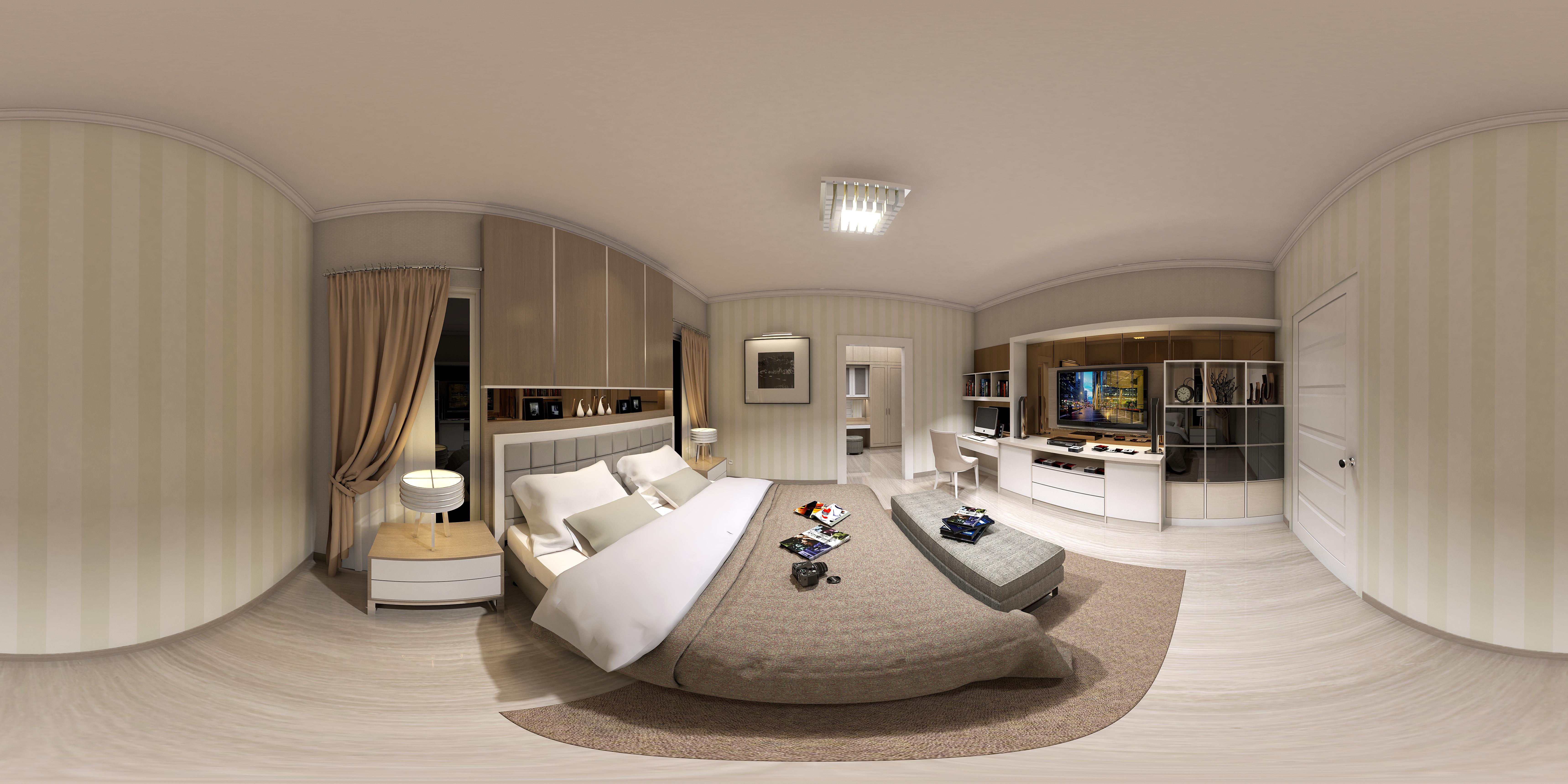 You can tell this is a 360° image because it’s distorted—the bed is curved, along with other elements in the image.

Another visual clue is if the image has a 2:1 aspect ratio—meaning it’s 2x as many pixels wide as it is tall.

3. You can see two hemispheres

One final clue is that when you view the flat version of the 360° image, you can see two hemispheres (or fish eyes). This gives it that distorted look.

To double-check if it’s the right type of photo, insert your 360° image into Storyline 360 to see how it displays. You can also check out this article to learn more about supported 360° image formats in Storyline 360. If it really is a 360° image, it won’t look distorted and will render correctly, as shown below.

When it comes to e-learning, it can be challenging to find images that relate to your content. And if your course content requires learners to be immersed in a specific environment, custom images are the best bet. In that case, the easiest way to get the exact image you need is to create your own 360° image, which is getting easier all the time!

Some phones, such as the Pixel, have a built-in feature that allows you to capture your own 360° images. But not all phones have this feature or are built the same. For example, an Apple device’s camera with panoramic mode enabled captures 240° cylindrical panoramas. And although you can still add 240° images into Storyline 360, they won’t render correctly, as seen in this example.

If your phone doesn’t include a built-in feature that allows you to take 360° equirectangular images, no need to worry! There are a growing number of 360° camera apps you can download to create your own. Any captured images will first appear as a distorted flat portrait, but you can use Photoshop or another photo-editing app to edit them for the best quality experience. I found this blog post super-helpful for tips on how to create your own 360° images.

Whether you use images you find online or ones you create, having the ability to add 360° photos into Storyline 360 gives you endless opportunities to create immersive learning experiences. For more information on using 360° images in your Storyline 360 projects, check out the following resources:

What tips do you have for finding and creating 360° images?

Follow us on Twitter and come back to E-Learning Heroes regularly for more helpful advice on everything related to e-learning. If you have any questions, please share them in the comments.

Found it the other day. We already incorporated this into some of our training. Love it.

None of the 360 images load. I tried Chrome and Edge. I tried posting a file to Review 360 and viewing courses others made with 360 images, and it's just a blank slide. Is this a comment error?

Hi Cathy, we aren't aware of any issues with viewing 360° images after publishing to Review. Are you able to share the Review link so I can check on my end? Or share the 360° image being used or the .story file so I can investigate to see if there's an issue with the image itself?

I was able to view both images on all browsers so not sure what the problem is. I'm going to send you an e-mail with some instructions that will hopefully help us figure out what's happening.

Are the 360 image projects responsive on other formats? I was working on this new feature but found not responsive on mobile and I-pad format.

I created one awhile ago and it works fine on my iPad and iPhone
Sign In to Comment
This site uses cookies. By continuing to browse the site you consent to the use of cookies. Learn more here