Bug report - Storyline 2 - HTML5 - Button on slide layer blocks clickable object on base layer from been clicked after layer has been hidden.

My slides base layer has a grouped object that has an onclick show layer trigger which displays another slide layer when clicked. 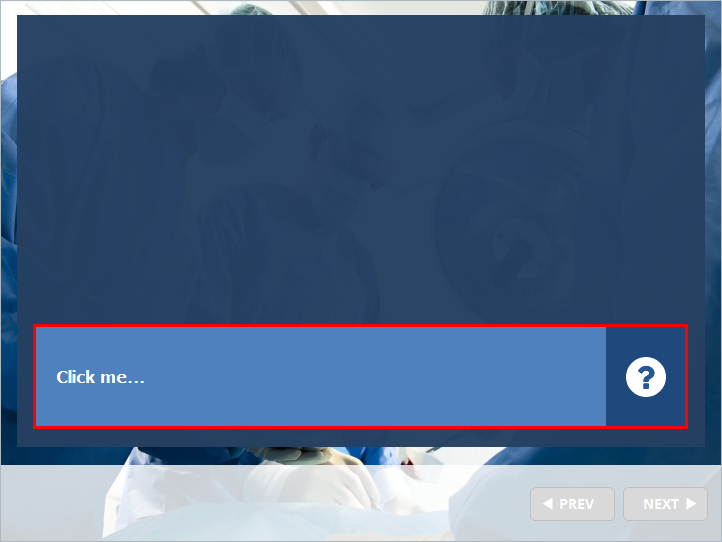 This slide layer contains a storyline button which has an onclick hide layer trigger to hide this layer. 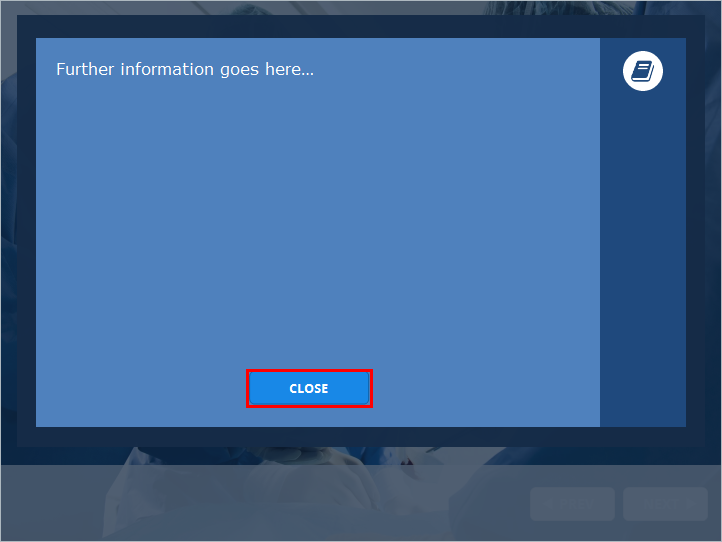 The trouble is that even after this layer has been hidden, the clickable area of the button remains thus blocking clicks to objects in the same position on the base layer.

You can replicate by clicking the group that contains the text "Click me" which shows a layer and then by clicking the close button and holding your mouse in the same position. You'll find you cannot click the group to reopen the layer.

This happens in both the latest version of Chrome and Firefox when viewing the HTML5 published output.

I've replicated this bug in multiple story files to rule out the possibility of an issue with an individual project.

Has anybody else experienced anything similar?

I've found a simple workaround that I should have thought of trying before posting this.

I've added another trigger to the Close button which disables the button just before the slide layer is hidden. I've also added a layer trigger which changes the state of the button to normal when the slide layer timeline starts. Now the button on the hidden layer does not block clicks to base layer objects.

See attached file Test_fixed.story for an example of the workaround.

Hopefully this will help anybody else that runs into the same issue.

(Kudos to Articulate support who also suggested the same fix).

Attach those two screens as a .story file, and I'll bet somebody here can fix it.

However even if there is a workaround this is still a bug. I've submitted a support request to Articulate support detailing the problem.

Your attachment didn't make it. Did you reply by email? You can only attach using the forum ant the ADD ATTACHMENT button there.

Thanks. It's in the hands of the experts now, and maybe one of them will weigh in.

Ok, I've found a workaround. I change the state of the close button to disabled when closing the slide layer and vice versa when the slide layer timeline starts. I seem to find myself constantly having to find workarounds for issues like this in Storyline. Thanks for your help Walt. I've updated my original post with details of the workaround.

Thanks for the update Ryan! I see where you were working with support (00736986) and shared this information as well. Looks like an issue that Robert has filed with our QA Team.

Is there a fix for this issue, other than the recommended work around?

It appears that this issue is still in the hands of our QA Team, so I do not have an update to share at this time.

I did add this thread to the report for awareness of users affected as well as for update when applicable.

Leslie, Thank you for looking into this!

Just chiming in that I also experience this issue in Storyline 2.  I will do the workaround.

Sorry to hear that you've run into this as well Katie. You're in the right place as this thread is attached to the report if we are able to provide an update of any type. I wanted to share some information on how we define bugs and how we tackle them when they occur.