Is anyone else experiencing closed captions not working in SL 360?

I have my captions option checked in player, added CC for my audio but they just don't appear on the slide. I've added plenty of CC before so it's annoying it's not working anymore.

Here's a test file if anyone would like to take a look.

Let's see why you're running into this speed bump!

The first thing that comes to mind is that your file isn't being imported from your local drive. All imports to Storyline should be from the C: drive to ensure full compatibility!

If you've already imported the .mp4 file from your local drive, then there might be an issue with the format.

I'm linking one of our support articles that walks you through importing captions, both with media and without media.

Please let me know if you're still hitting a snag!

I didn't have my project on my C drive, but after moving it there, I'm still having the same problems. My project crashes when I import the CC created by Sonix. I opened the mp4 file and the captions are embedded in the mp4 file when viewing using VLC, so the captions are timed perfectly and work. Do you have any suggestions?

This is a one or 2 slide project with a 1:38 video of a webcast on one of the slides. The mp4 was created by Skype For Business. This is the error I get each time I import the CC using Video Tools> Options> Insert Captions. I'm attaching the error log.

Hi there, Dave! It looks like you replied via email, and your attachments didn't come through.

Instead, I'd like to connect you with our Support Engineers. They're rockstars at troubleshooting these kinds of issues! Here's how:

Then you'll hear back from one of our engineers shortly!

And I am having yet another variation - I have been adding CC just fine.  Now all of a sudden the auto play function when I click on the caption box has stopped.

I have tried playing them manually that doesn't work.

Also, I have uncovered a bug in SL, that when I replace audio - quite often the audio is present but won't play in preview.  Solution and workaround is to delete the audio and re-insert but then you lose the CCs. thought you should know.

Any suggestions why the cc has stopped working?

It would be helpful to take a look at your project with closed captions. Off the top of my head, I can't think of what would cause the autoplay function to stop.

Would you mind sharing your file with us? You can do so by using the "add attachment" button in this discussion. Or you can share the file privately with our Support Engineers by using this link.

Also, thank you for bringing that bug to our attention. I'll take a look at that in the course too.

I, too, am running into problems with closed captions. Here's what I'm experiencing:

The interesting thing is - on first pass CC's don't work. When I move to a different slide (back/forward) and return to the video - CC's display as expected.

I am experiencing this in both Review and our LMS.

I submitted a ticket with Articulate Support, but would like to know if anyone has encountered an issue like mine, and what the workaround was.

I am having a problem--when I try to import a caption file it is not working. This is a caption file I exported from a video in Storyline. Any suggestions?

It would be best to have our Support Engineers take a look at your file! Please use this link to start a support case. The quickest way to find a solution is to provide a brief description of what you've tried so far.

Hi, I'm also having problems with getting captions to display. I created an .SRT file separately, then imported into my .story file, using the Import, Captions option, while editing the file in Storyline.

The system definitely knows there is some caption content there (even though nothing is displaying visibly on screen), because if I try and import the caption file a second time, I get a prompt asking whether I want to overwrite the existing captions.

So I can't see the captions themselves when I go to 'Edit captions' from within Storyline - nor do they show up in the Preview - and if I Publish the project, they don't show up there either (I'm publishing in TinCan for LMS).

However, when I preview the video, the 'Caption' icon appears in the video player, which selects on/off (so again, something in Storyline recognises the caption file/content is present) - but nothing appears.

I know this may seem like a very stupid question, but when I originally created the captions (while editing the video in DaVinci Resolve), I formatted the subtitles to be white, on a light grey background. I then exported the video in MP4 format (and inserted in Storyline), with a separate accompanying SRT file. I cannot for the life of me see any way that the SRT file carries over any of the formatting that would have been present in DaVinci - but it struck me that my MP4 video is of software with a predominantly white display - so if white text is showing on a white screen, it would of course be invisible. (But there is no formatting in the SRT file...)

Anyway, I've tried applying a Trigger (as suggested above) to get the captions to appear - but no success.

My Storyline file is HUGE, so not really practical to upload here... any other suggestions, anyone?

We're happy to help! I've started a case on your behalf with our Support Engineers to offer their expertise to understand what you're running into. You should've received an email confirming the case, including an upload link if you're comfortable sharing the .story file with us.

You'll hear from our team shortly!

Yes! I can only get captions to work if I create them afresh within Storyline. But if I import the .SRT file (by any of the methods available) nothing appears, either within the Caption editing window, the Preview or the Published file.

I've spent days and days creating .SRT files for a substantial amount of video, specifically timed - and none of it is importable to Storyline. Really frustrating.

However, if I try to re-import the captions, Storyline prompts me to ask if I want to overwrite the existing subtitles (which do not display) - so something in Storyline knows the .SRT information is there.

I've run out of ideas on how to solve this. Help!

I took a look at your case, and it seems my teammate Philam sent you an upload link so troubleshooting can start on your project.

Please reach out to Philam through the support case if you have any questions, and I'll keep an eye on it as well.

Was this issue resolved? I'm having the same problem when importing any caption files like .srt, .vtt. I can see the captions in preview and if I launch it by double-clicking the story.html, but not when launched through our LMS. The CC button doesn't even show up.

Sorry, you're running into this issue with the CC button not appearing when viewing the course in an LMS environment!

Are you not seeing the CC button on any of the slides or just certain slides? Additionally, have you tried testing the course in SCORM cloud to see if the course behaves the same in a different LMS environment?

Thanks for bringing this to our attention!

Hello,
I am facing a similar issue. I am enable to add or edit the cc text. The cc editor screen is taking forever to load. Screenshot attached.

I see that you've reached out to our team of Support Engineers and working with my teammate, Fannie May! You're in great hands. We'll continue the conversation in your case so that all information is in one spot.

Hi-I'm having this same problem. THe CC control does not show up in the player, no matter if I use the classic or modern player layout, and I've tested in Chrome, IE, Edge and none of them shows the CC option in the player frame. I also tried multiple SCROM versions. This is a MAJOR issue for me and and a very large project. 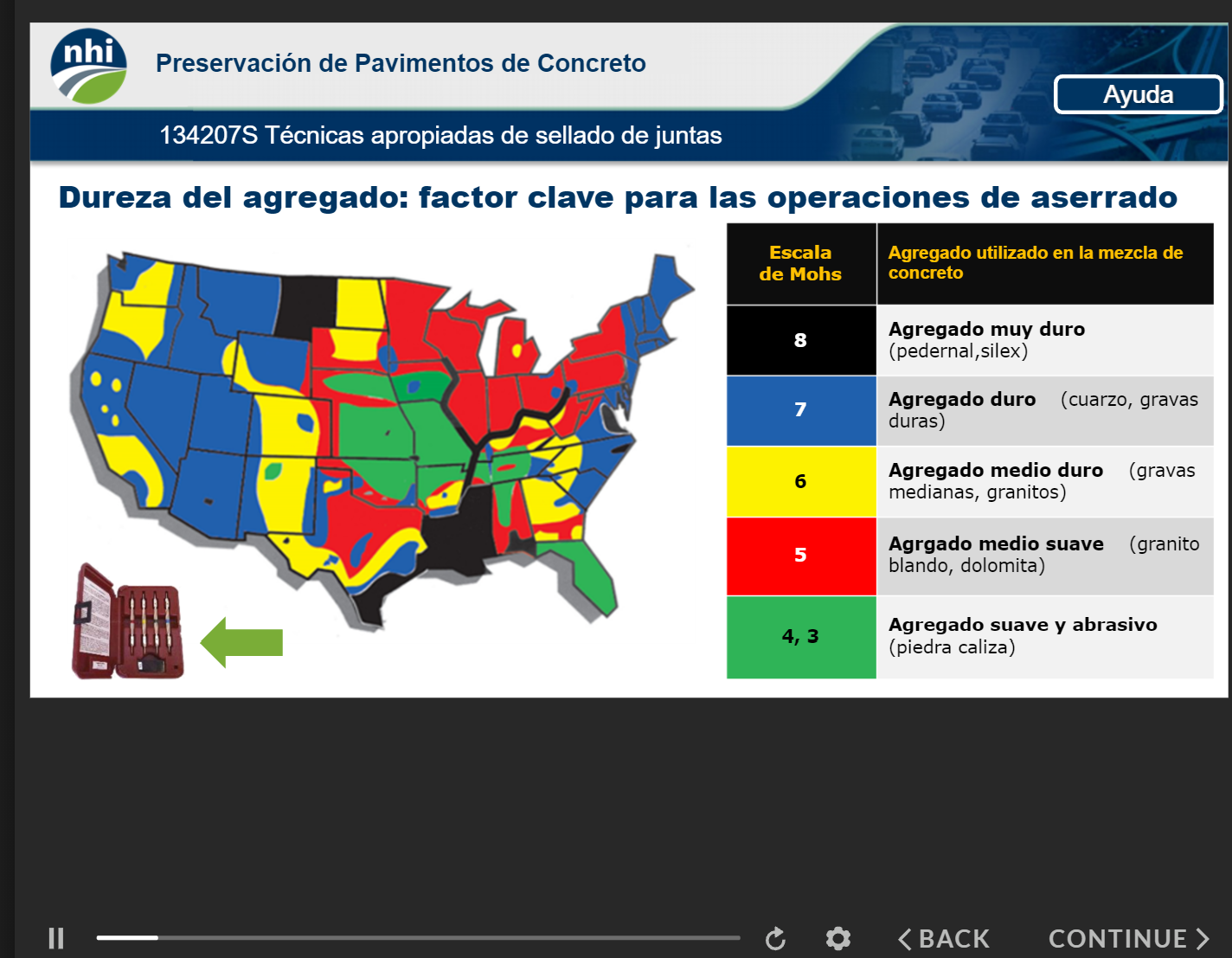 Three years later and I'm facing a similar issue.  I have audio files that have closed captions. They show up 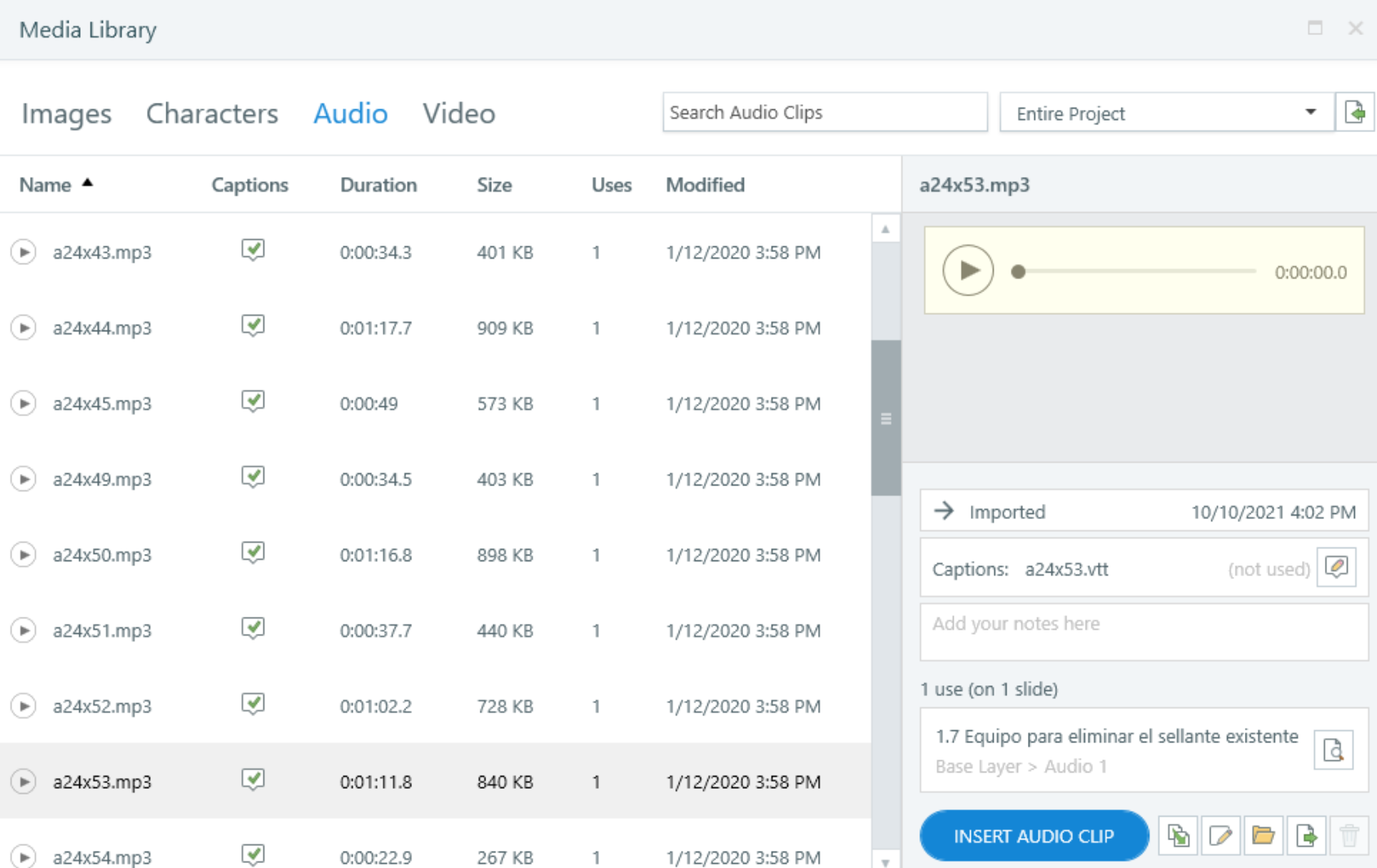 in the media library as "not used" but they are correct in the editor.   The page in Review, however, doesn't even show the [cc]. 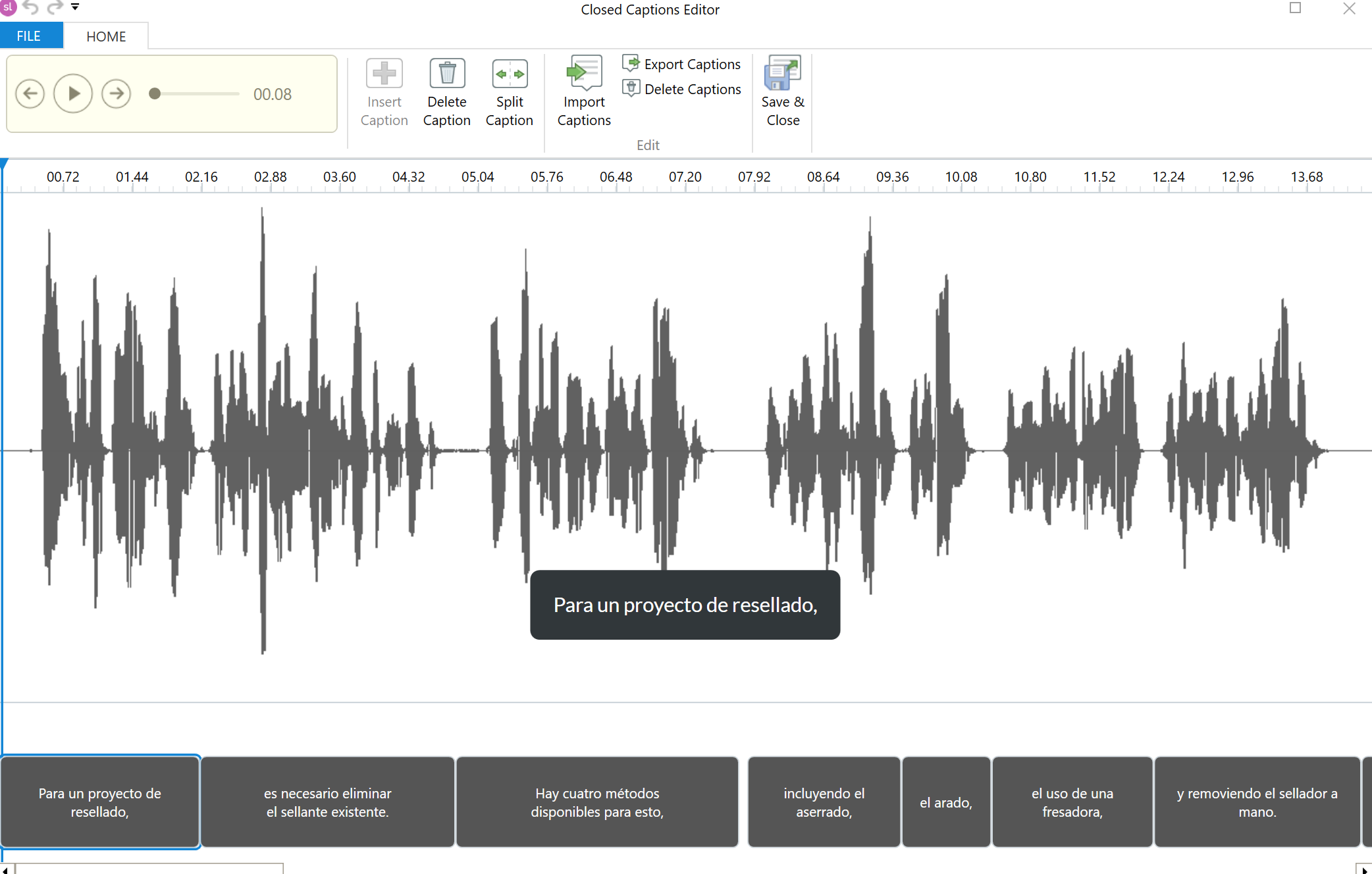 Thank you for sharing these helpful details, Sharon. Happy to help here!

I want our support engineers to step in to help shed some light on this, so I've opened a support case on your behalf. You should've received an email confirming the case, including an upload link if you're comfortable sharing the .story file with us.

You'll hear from our team shortly!