I have been experiencing a font bug. Several other colleagues are editing storyline files, but when I open them the text in the naviation buttons doesn't display properly (we have hidden the standard player and have buttons on master slides). Sometimes the text spills over two line, other times it changes to a smaller font. (The font we are using is Calibri 16.5).  If I go into the button states and click on them the text which spilled over to the next line corrects itself to one line!

Does anyone know what could be causing this issue?

I'm going to try reinstalling the Calibri font and if that doesn't work I might have to reinstall storyline.

Here is an example of what I get when I open a file which Calibri 16.5. The back button text spills to the next line and the Contents button changes to a smaller font. Weird. 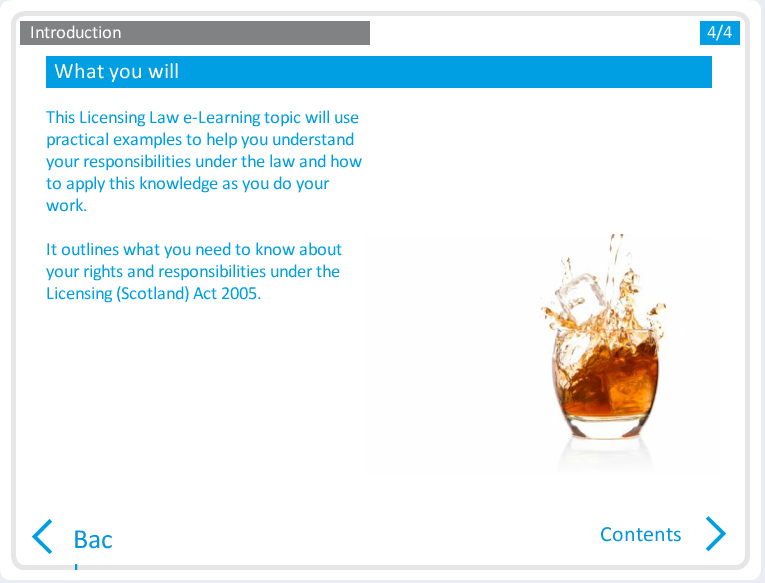 I should say that when my colleagues open the same file the buttons display normally. I can easily fix it, but as it's specific to me there is no point.

See attached file. My colleagues see 16.5 font size when either selecting the text as an object or editing the text. As you can see, I don't!

Before you reinstall, it may be that you're using a different DPI than the other developers:

Storyline will function as expected when Windows is set to 96 DPI (dots per inch).

Storyline doesn't currently support 120 DPI. If your system is set to 120 DPI, you may experience erratic behavior, such as:

*  Elements of the application are misplaced or distorted.

*  Objects are misplaced or distorted when previewed or published.

*  Font sizes are incorrect after using the translation features.

If that doesn't help, please make sure that you're working with a local project file when you modify or publish your project. If you're working on a network drive, or any other external storage, that might be causing the trouble.

Additional information regarding "Naming Files, Paths, and Namespaces" in Windows operating systems can be found in the following Microsoft article.

Let us know if you see any improvement.